Oryx(or Gemsbok as locally known), are widely hunted for their spectacular horns that average 85 cm (33 in) in length. From a distance, the only outward difference between males and females is their horns, and many hunters mistake females for males each year. In male’s horns tend to be thicker with larger bases. Females have slightly longer, thinner horns.

Gemsbok are one of the few antelope species where female trophies are sometimes more desirable than male ones.

Gemsbok live in herds of about 10-40 animals, which consist of a dominant male, a few nondominant males, and females. They are mainly desert-dwelling and do not depend on drinking water to supply their physiological needs. They can reach running speeds of up to 60 km/h (37 mph). The territory bull are mostly loners and often found in dense bush patches.

The Oryx is the hardest of all the antelopes on Kachauchab. A most challenging hunt. 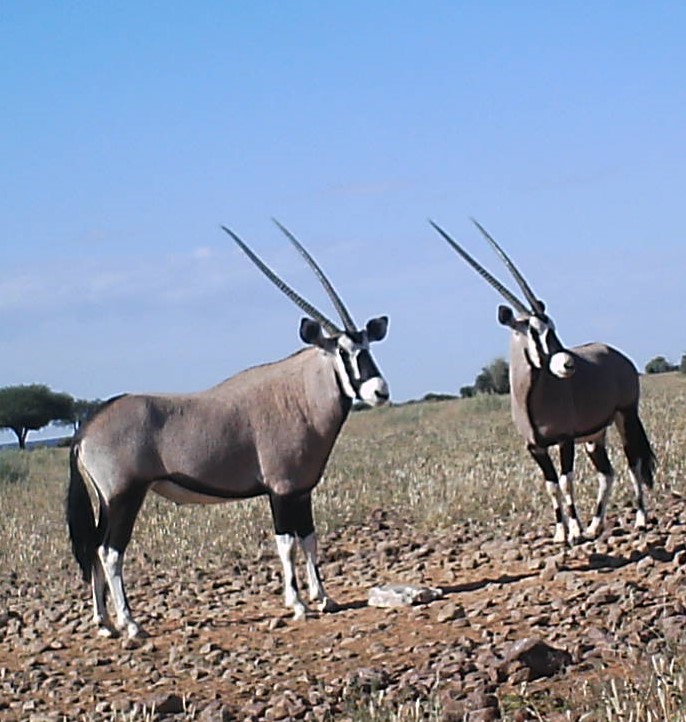